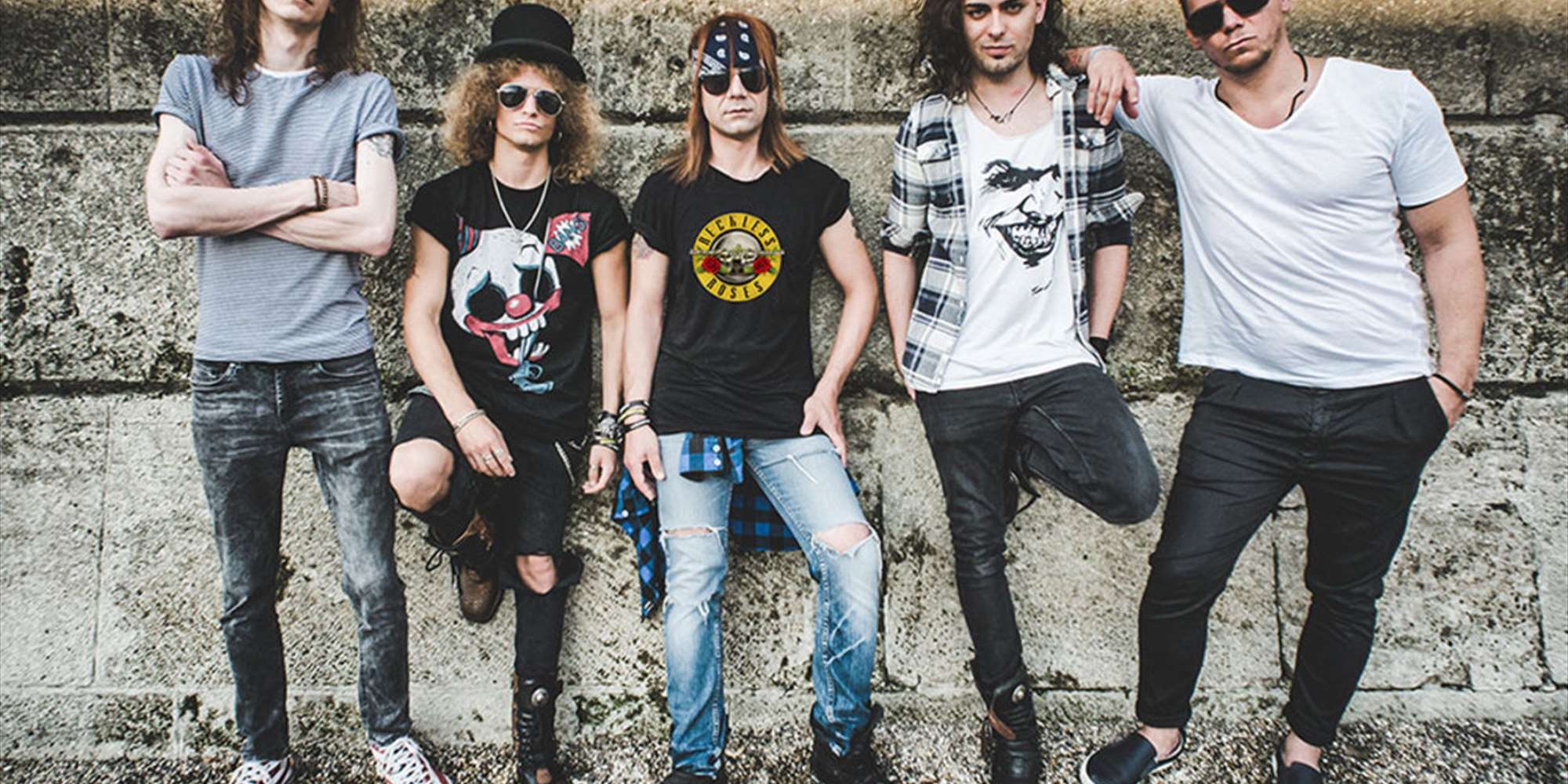 Reckless Roses—the most authentic Guns n' Roses tribute band in Europe—will bring the true 80's, 90's experience of Gn'R to the audience, including the legendary sound, visual elements, and the unique feeling.

Since the band formed in 2012, they played all over Europe and Asia including: Dubai (UAE), Germany, Switzerland, UK, Ireland, France, Belgium, Czech Republic, Slovenia, Croatia etc. adding up more than 400 shows in 22 countries, doing 60 concerts a year on average by now.
On a Reckless Roses show, you won't miss any of the greatest hits, such as Knockin' on Heaven's Door or Sweet Child o'Mine, and singing along is guaranteed.